He has gone to search for our first parent, as for a lost sheep. Greatly desiring to visit those who live in darkness and in the shadow of death, he has gone to free from sorrow the captives Adam and Eve, he who is both God and the son of Eve.

The Lord approached them bearing the cross, the weapon that had won Him the victory. At the sight of Him Adam, the first man He had created, struck his breast in terror and cried out to everyone: “My Lord be with you all.” Christ answered him: “And with your spirit.” He took him by the hand and raised him up, saying: “Awake, O sleeper, and rise from the dead, and Christ will give you light.” 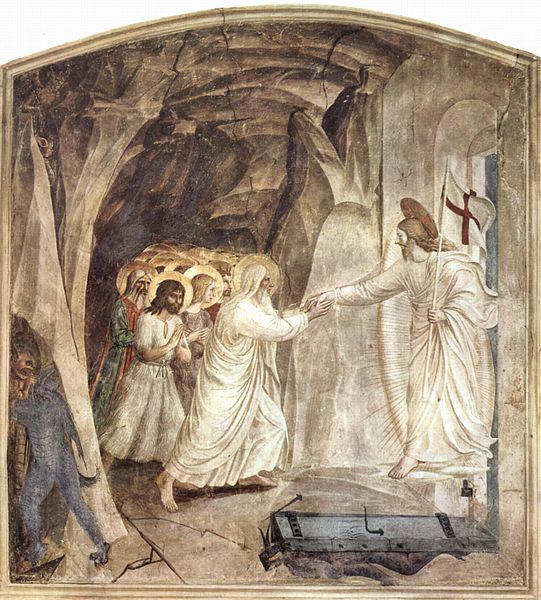 I am your God, who for your sake have become your son. Out of love for you and for your descendants I now by my own authority command all who are held in bondage to come forth, all who are in darkness to be enlightened, all who are sleeping to arise. I order you, O sleeper to awake. I did not create you to be held a prisoner in hell. Rise from the dead, for I am the life of the dead. Rise up, work of my hands, you who were created in my image. Rise, let us leave this place, for you are in me and I am in you; together we form only one person and we cannot be separated.

…For the sake of you, who left a garden, I was betrayed to the Jews in a garden, and I was crucified in a garden.

See on my face the spittle I received in order to restore to you the life I once breathed into you. See there the marks of the blows I received in order to refashion your warped nature in my image. On my back see the marks of the scourging I endured to remove the burden of sin that weighs upon your back. See my hands, nailed firmly to a tree, for you who once wickedly stretched out your hand to a tree. 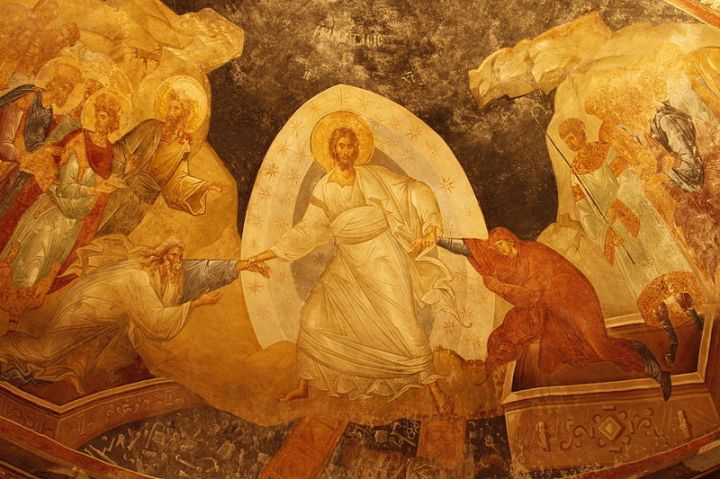 …a sword pierced my side for you who slept in paradise and brought forth Eve from  your side. My side has healed the pain in yours. My sleep will rouse you from your sleep in hell. The sword that pierced me has sheathed the sword that was turned against you.

Rise, let us leave this place. The enemy led you out of the earthly paradise. I will not restore you to that paradise, but I will enthrone you in heaven… the kingdom of heaven has been prepared for you from all eternity.”

The above quotation is from an ancient homily of the Catholic Church from its earliest centuries and is found within the Divine Office of the Roman Catholic Church. It is taken from the Office of Readings for Holy Saturday.

The first image of “The Harrowing of Hell” was painted by the Florentine painter Fra Angelico between the years 1437-46. The second image on this same subject was completed around the year 1315 by an artist of the Orthodox Church who painted this wall icon in fresco. It is presently found in the Chora Church in Istanbul, Turkey. The third image of the “Harrowing of Hell” is by the head of the Moscow school of icon painters from the late 15th century – the master Dionysius. This Russian Orthodox  icon was completed around 1481.