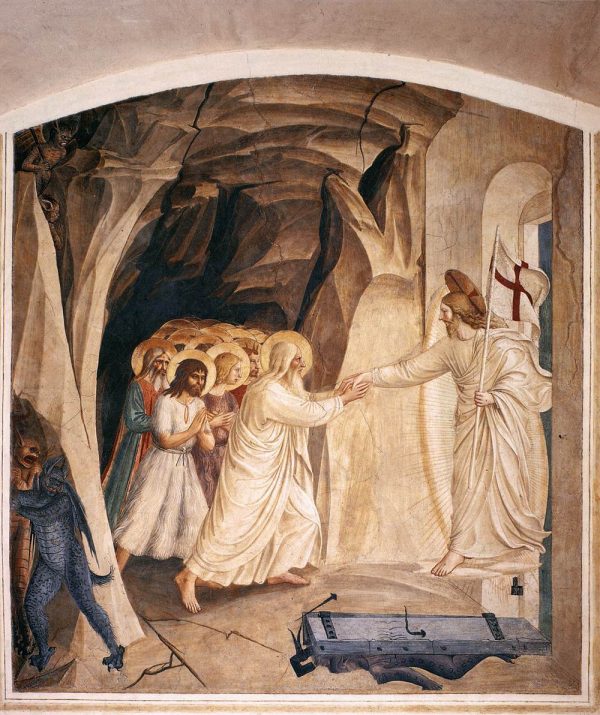 St. Clare – Our Holy Friend and Lover of God

The Church honors today, August 11th, the holy woman, consecrated virgin, founder and Abbess of the religious order known as the Poor Clares, and dear friend of St. Francis of Assisi. We know her by her Anglicized name: Clare. 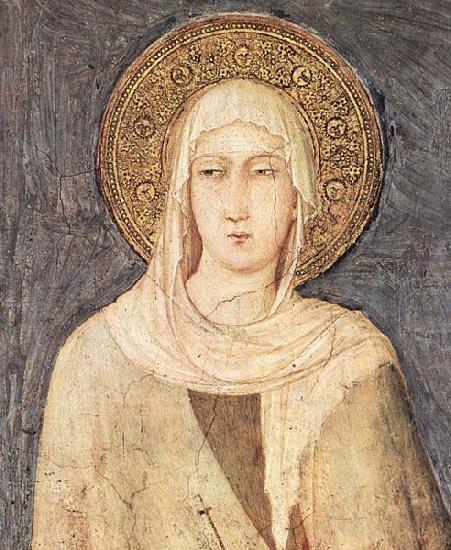 The Italian language has always been especially tuned to convey, through words and sounds, a delicacy and refinement of spirit. Her Italian name, Chiara, gives witness to this observation, since its English equivalent means – clear.

The image above by Simone Martini (1283 – 1344) conveys this quiet asceticism in his lovely fresco of her completed between the years 1312 and 1320 and found in the lower basilica of San Francesco in Assisi (image courtesy of  www.berthemorisot.org/index.htm ).  To the historical and spiritual observer, St. Chiara’s life is very clear in its direction and goal. It is well known that she was influenced by her fellow citizen of Assisi, Francis, yet, an examination of her life shows that she was directed and formed by her profound love for Jesus in Scripture and in His real presence in the Eucharist.

A letter from her to a close friend, Blessed Agnes of Prague, shows the depth of her own mysticism and the clear guidance that directs another onto the correct path: “Happy indeed is she who is granted a place at the divine banquet, for she may cling with her inmost heart to Him whose beauty eternally awes the blessed hosts of heaven; to Him whose love inspires love, whose contemplation, refreshes, who generously satisfies, whose gentleness delights, whose memory shines sweetly as the dawn, to Him whose fragrance revives the dead, and whose glorious vision will bless all the citizens of that heavenly Jerusalem. For He is the splendor of eternal glory, the brightness of eternal light, and the mirror without cloud.”

This great mystic of the Church also led a life of austere poverty, chastity, and obedience, yet, her life, as the Divine Office tells us, was “rich in works of charity and piety.”

The following beautiful images are from the excellent website: http://www.sacred-destinations.com  I thank them for the courtesy of providing the images.

The first photo is the church of San Damiano, which St. Francis restored when, after praying before the crucifix within its broken down walls, heard the Lord’s voice saying “Francis, rebuild My Church.” 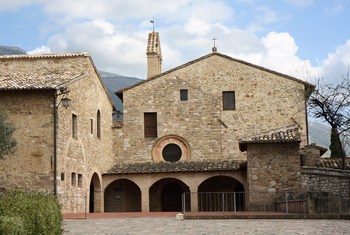 The second photo is the image of the interior of San Damiano Church. It is this crucifix, painted in a unique Byzantine icon style and which is known as the San Damiano Crucifix, that spoke the words that changed the direction of Francis’ life, and, the life of the Church.

The third photo shows the interior of the room that St. Clare died in on this day 759 years ago. Tradition states that her bed was in the upper right corner of the room. 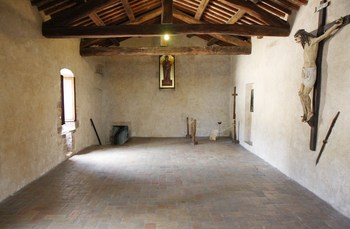