A fascinating series of articles came to my attention today by Tatjana Jovanovic, a top contributor of a Linkedin group called Medieval and Renaissance Art, Antiques, Architecture, Archaeology, History and Music.  Her article is entitled “Medieval Banksy: Confession of Medieval Graffiti Artist, Monk, and Writer.”

Ms. Jovanovic is an aesthetician and artistic designer. She basis her article on two pieces that appeared in the US edition of The Guardian/The Observer. The first by Matt Champion provides a gallery of 13th and 14th century graffiti that is being collected by a British association known as the Norfolk Medieval Graffiti Survey www.theguardian.com/artanddesign/gallery/2014/mar/29/medieval-graffiti-pictures-lydgate

A second article by Robin Stummer in The Observer provides an overview of the life of a Benedictine monk John Lydgate. He was a well-known and well connected poet and writer who had as clients the Mayor of London, various dukes, and the Kings Henry IV, Henry V, and Henry VI.

Lydgate was born around the year 1370, lived a self-described dissolute youth, and entered religious life joining the Benedictine Order. He travelled throughout Britain and the Continent. He admits, however, that in his youth he had more fondness for “clear wine” than his religious studies!  Stummer’s detailed article can be found here: http://www.theguardian.com/books/2014/mar/29/john-lydgate-graffiti-chaucer-monk-literary-talent

Both Champion and Stummer provide insight into 14th century English society. They help clarify the artistic aspects of the graffiti found on church walls and pillars, as well as Lydgate’s own contribution to the graffiti through his use of verse and puzzle. The Norfolk Survey has found a specific graffiti with Lydgate’s name attached, and it may prove to be the oldest known signature of an English poet/writer in existence.

I have attached for your enjoyment (courtesy of Matt Champion and The Guardian) a few of the images that the Norfolk Medieval Graffiti Survey have discovered; some of them remind me of abstract portraits, are quite playful and even humorous.

The first one has now generated great interest it shows an inscription found this week in St Mary’s church, Lidgate, Suffolk. The text on the pillar, a few millimetres high, translates from the Latin as ‘John Lydgate made this on the day of St Simon and St Jude’. That feast day is 28 October, with the year some time between 1390 and 1450.

The following 13th, 14th, and 15th century images show a musician, accompanied by a singer, and a happy bishop in his mitre. The last is a profile, possibly the local vicar, that looks like it could have been drawn for a New Yorker magazine cartoon. Great fun! 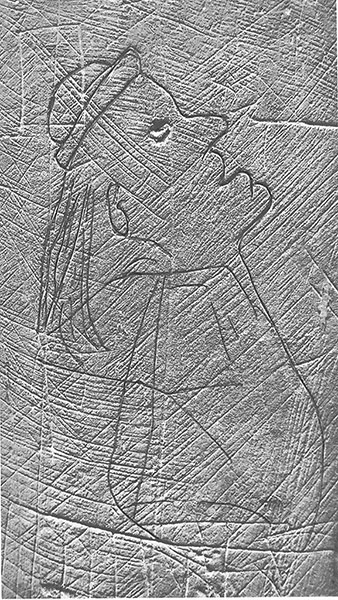 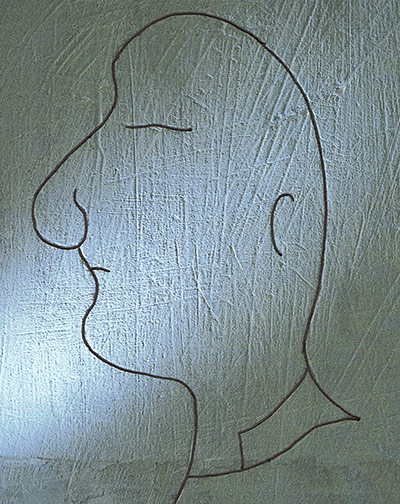